The start of the Tokyo Olympics has caused lots of excitement at Greensleeves Care homes across the country. From home-made decorations, to viewing parties, to even taking part in their very own games, residents and staff alike have joined in with the festivities.

At Henley House in Ipswich, residents created a gold medal-worthy display within the home, with the iconic Olympic rings, as well as medals, trophies, and Union Jack flags to show their support. 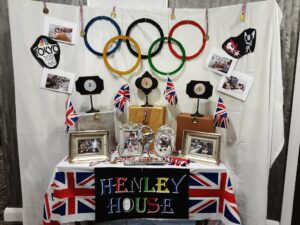 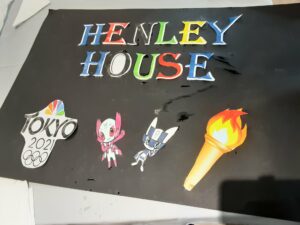 Harleston House in Lowestoft is hosting its own Olympic Games, where residents are competing against each other! This has certainly brought out everybody’s competitive side… Games such as “Distance Throwing”, have proven especially popular, with lots of cheering from the sidelines! 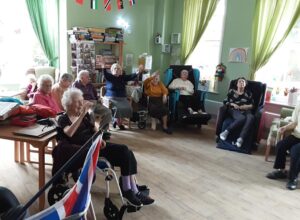 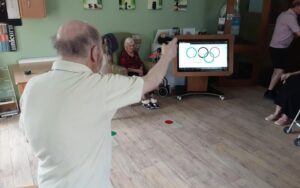 The famous Olympic Rings have been recreated at Torkington House in Acton. Residents and staff had an arts and crafts session to create the rings, and then had great fun taking photos with them! 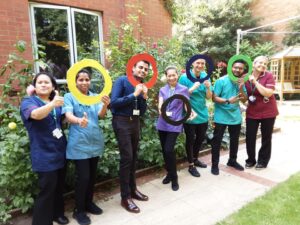 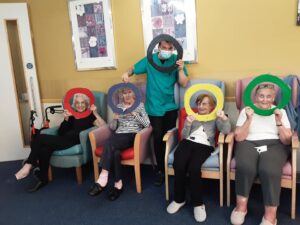