An introduction to dementia

We all know that the population is aging and that more and more older people now live with dementia.  If you work in health care there is a good chance you already know a fair amount about dementia.  However, if you are a loved one of someone recently diagnosed with dementia you may be looking for an introduction to dementia.

More and more people now offer support and care for a loved one living with dementia. There is also a growing number of people who interact or meet people living with the condition and want to know a bit more about it. There is a lot of information in the press and online, in fact so much that it can be confusing but here is a basic introduction to dementia. 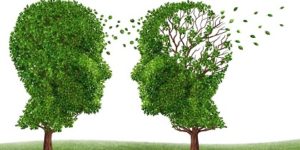 Any introduction into dementia, needs to start with a definition such as the one adopted by the NHS: “Dementia is a syndrome (a group of related symptoms) associated with an ongoing decline of brain functioning. This may include problems with memory loss, thinking speed, mental sharpness and quickness”.

Whilst this is a fairly short definition it is quite technical and may still leave some people confused, so let’s unpick it a bit.

There are over 100 different types of dementia that we know about. There is a tendency to group them together when offering support and help. One of the reasons the NHS consider it to be a syndrome rather than separating out to the 100 individual diseases is that there is no accurate way of diagnosing which particular one any given individual may be living with.

The most widely discussed symptom of dementia is of course memory loss but there are many others. Some people find it harder to communicate, they may experience language problems and it is not uncommon for there to be some changes in personality.

Again, as listed by the NHS, here are the main symptoms of dementia:

Initially these symptoms are often quite mild and as such family and friends may not take it that seriously or even notice. But, in most cases this will get worse and have an ever greater impact on the individual and those around them.

Sometimes a doctor will diagnose someone with ‘mild cognitive impairment’ (MCI) rather dementia at an early stage of dementia.

Dementia is a progressive condition 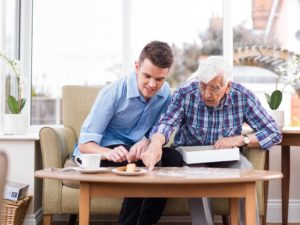 The progressive condition simply means that over time the symptoms associated with someone’s dementia will get worse. With some types of dementia this can be very slowly and take several years with other types it can progress more quickly.

There is no cure for dementia but there are a number of treatments that can slow the progress and therefore slow its impact. These treatments include:

What dementia is not

Dementia is not a normal part of ageing.

Dementia is not the occasional lapse in memory or a bit of forgetfulness; it is more severe than that.

Many people think Alzheimer’s disease and dementia are the same thing – they are not. Alzheimer’s is a type of dementia and the most common one. However, it is not the only one.
Dementia is not a mental illness. Dementia is caused by damage to the brain from a disease. It is a physical condition not a mental one.

Worried that you or someone you love may have dementia?

If someone you know is demonstrating the above symptoms then you should encourage them to see their GP. There is a much greater chance of slowing the progress of dementia if it is diagnosed earlier.

But also, sometimes people can experience memory loss for a range of other completely treatable reasons. Either way, contacting your GP is the most sensible course of action as soon as you become worried.

This article is only an introduction to dementia, there is a great deal more to learn.  If you want to learn more then feel free to contact your closest Greensleeves Care home where the manager will be happy to help.