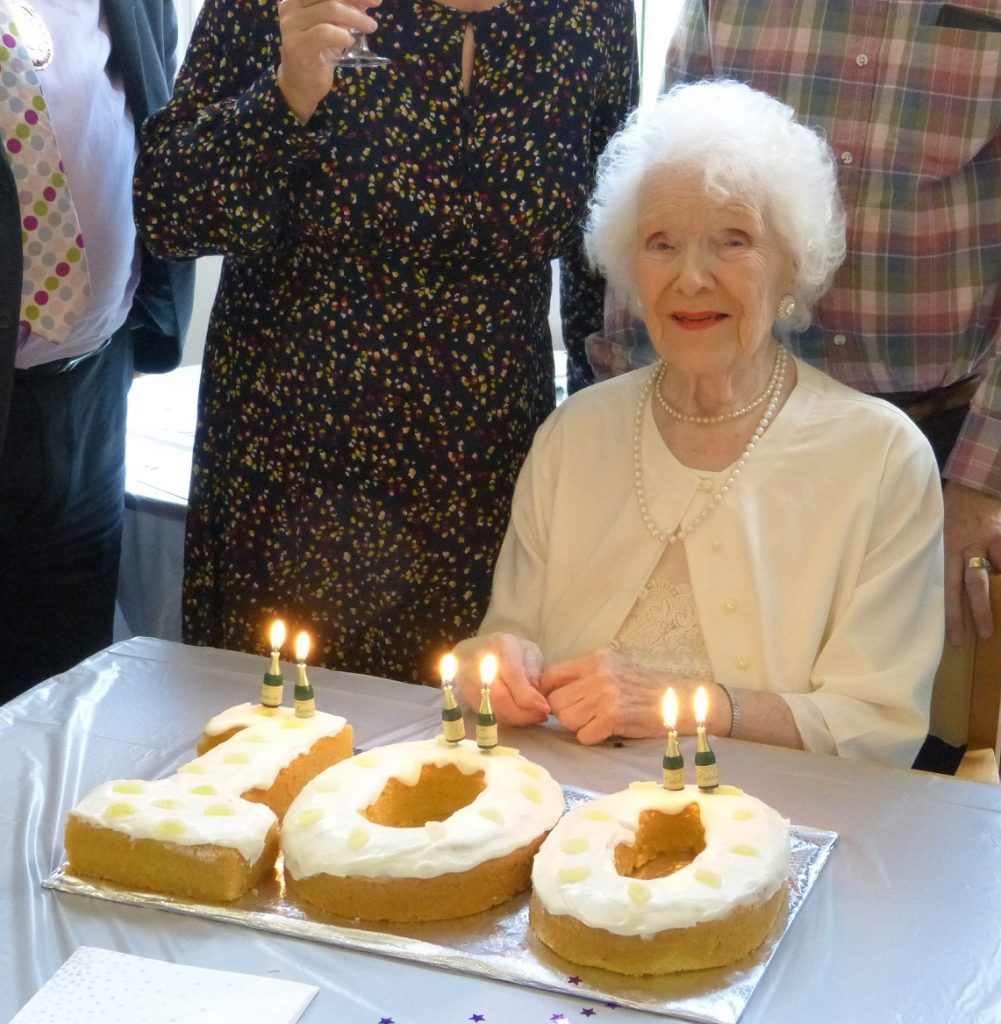 Barbara Harman, who is a resident at Tickford Abbey Care Home in Newport Pagnell, has been celebrating her 100th birthday on Wednesday 4th September. After lunch out with her close family, she called by at the Aston Martin showroom for a photo-call with an appropriately named ‘Timeless’ model. 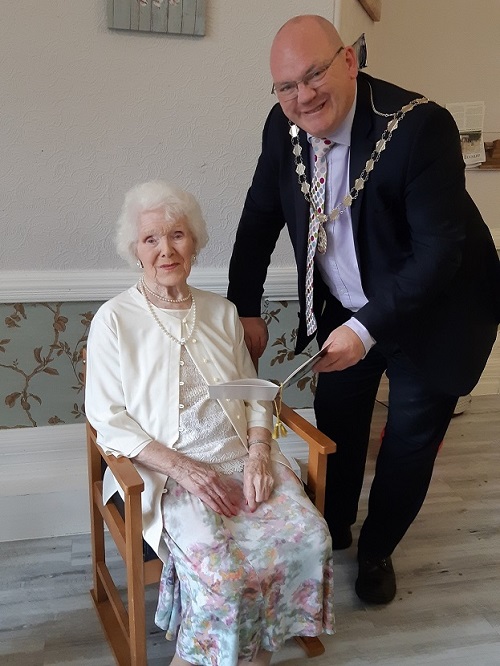 Barbara moved to Newport Pagnell over 3 years ago to be close to her daughter’s home. She had lived for 97 years in the Portsmouth area.

Her 20th birthday was the day after war was declared in September 1939. She lived in Portsmouth and worked as a secretary through all the heavy bombing of the city during the Blitz. She got married during this time – a happy occasion, even though a German bomb had destroyed the intended reception venue shortly beforehand.

Later in the war she worked on the teleprinters at Shell Petroleum in Southampton. During the night of the D-Day invasion she was in an underground office sending messages for the PLUTO project (Pipeline Under The Ocean – a major operation to get vital fuel across the Channel to France for the invasion force).

She spent the next decades looking after her home, husband and children. After she was widowed in her early 60s she devoted a lot of time to work with Portsmouth charities – NSPPC, Disability support, Hospital League of Friends and, particularly, a major appeal for hospital equipment that raised over £15 million. She did voluntary work in the hospital shop each week until, at the age of 90, she decided she would have to give up driving.

In her late 70s she developed a thirst for travel and over several years visited Europe, the Far East, New Zealand, North America and the Caribbean with a close friend.

For Barbara’s special 100th Birthday, Tickford Abbey care home organised a surprise Birthday Tea Party with residents and staff, which was also joined by Cllr Paul Day, the Mayor of Newport Pagnell. On Saturday 7th September, more than 20 members of Barbara’s family, including 7 great-grandchildren, gathered for a family party.